Get it?  Solid progress?

I'm talking about my (until now) neglected entry for the Solids-Only Tote Challenge! (details can be found here) that asks participants to create a tote or bag using only solid fabric.  The extra twist is

that we must use either applique, reverse applique, or patchwork to adorn the tote.  Sounds like fun, right... and finally feeling real.

So, I've had a dragon swimming around in my imagination that I've declared must now come out.  Now.  Here is my tote start.


I know, I know... you can barely see my blue Mark-B-Gone pen, but wanted to show you where my sketch started.  It's loosy goosy and ready for snipping... since was to become reverse applique. 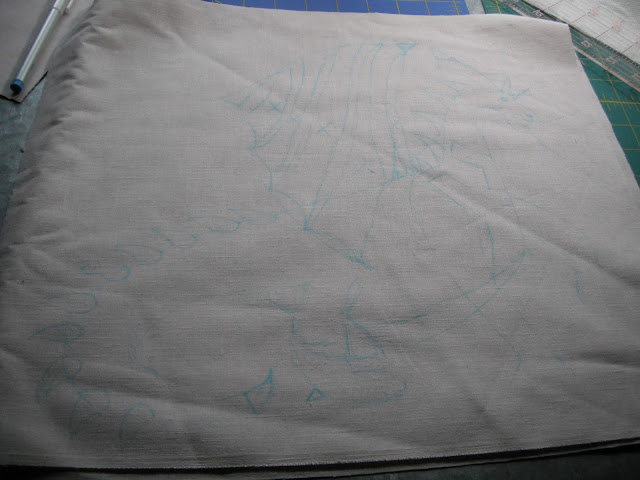 Reverse applique is a two layer sandwich where the top layer is cut in a stencil like picture allowing the second layer fabrics to show through.  Here are my second layer colors pulled (all solids -- so tough!!) 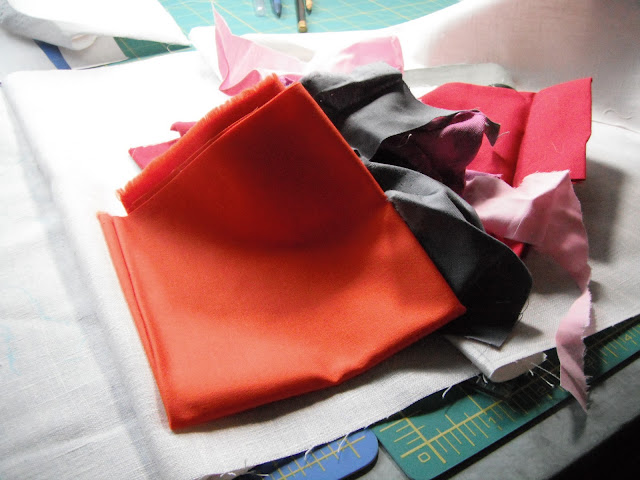 Confession time.  I sort of cheated.  Since I was still working through what the dragon would look like, I decided to cut the 'stencil' first, instead of committing to colors, sewing all the lines, and then cutting.  Glad to get that off my chest.

With the stencil cut out I could begin to audition colors for the different portions of my dragon.  Red for the body. 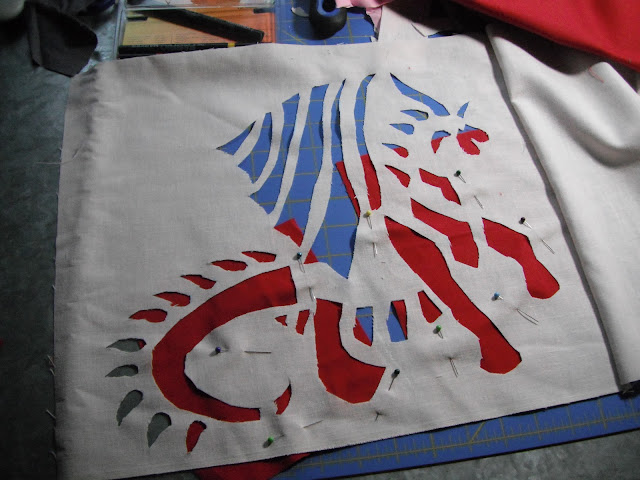 Light and dark gray for the wing.  Only the light gray is shown below. 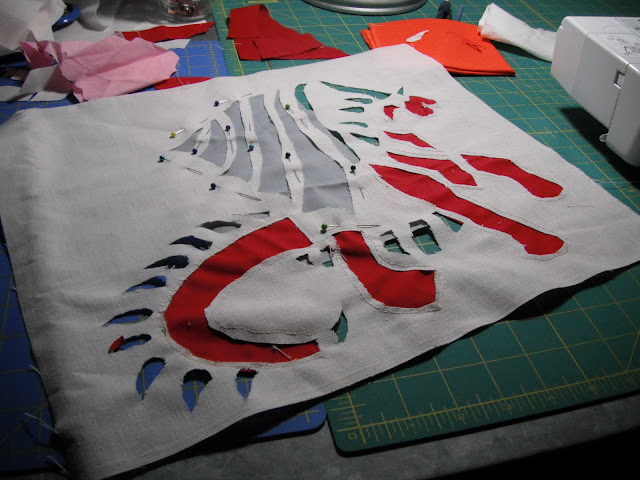 Fire orange spikes up and down the body and tail.  I also added the baby pink for the underbelly. 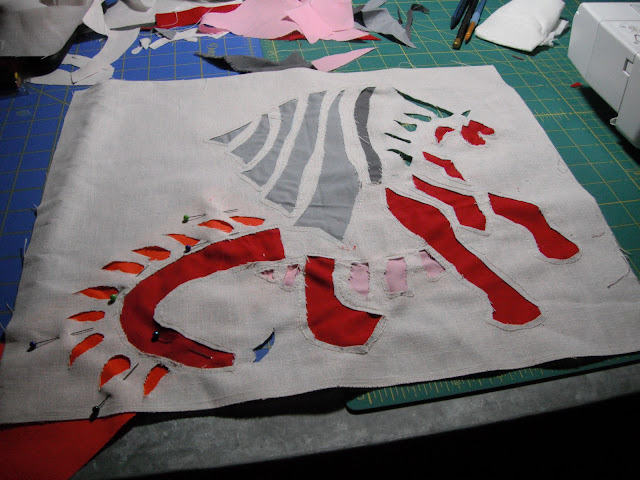 And the finishing touch was a hot pink/purple textured fabric for the front horn. 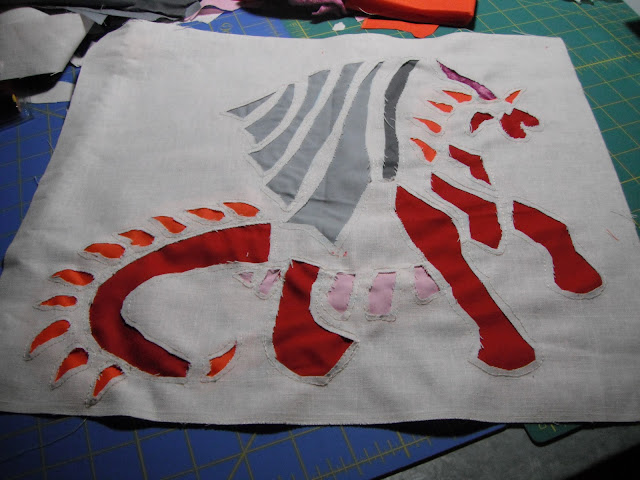 I know.  Your thinking, great dragon, but it doesn't look a thing like a tote.  I have some work to texture-ize and bring the dragon to life and I have to figure out how a tote is made.  Loving this challenge!!
at 10:22 PM

This takes a lot of work, but it is sure worth it, it looks fabulous up to now !

Wow, that is so cool! I would love to do some reverse applique some day...sigh...

I've awarded you the Liebster Award for your Happy Blog. Keep up the great work! You're awesome.

I love the dragon! Great sketch and great colors. You are very creative! Happy Thanksgiving..

Love how you showed the way different coloured fabrics look with your dragon. Great design. Look forward to seeing the finished tote.

Cheater! You used a textured print! That's not a solid!

Wow, this is going to be amazing! What a lot of work...awesome!

Looking good, Christie!
I usually stitch first and cut out my reverse applique second, but I see how that could get tricky if want to use multiple fabrics. Good thinking! I'm definitely going to steal that idea!