Giants Football {ALL IN}

I have a confession to make.  I didn't really do a lick of sewing this weekend.  Why you are asking?  Well, football stole my heart (and attention) this weekend as the playoffs began and our team was front and center... the NY Giants.

And, the icing on the cake?  We went to the game!!  happy dance 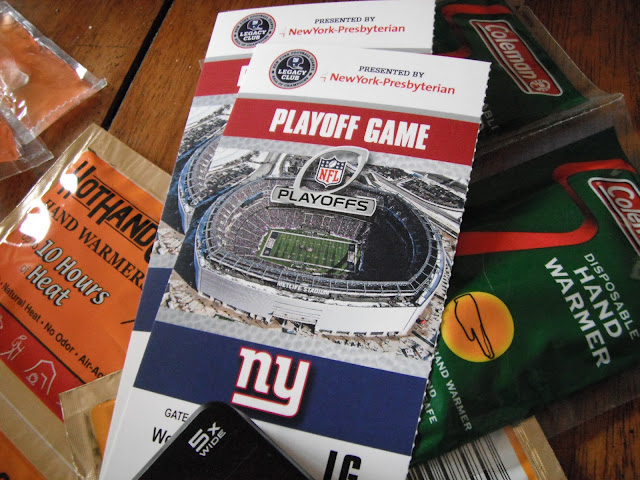 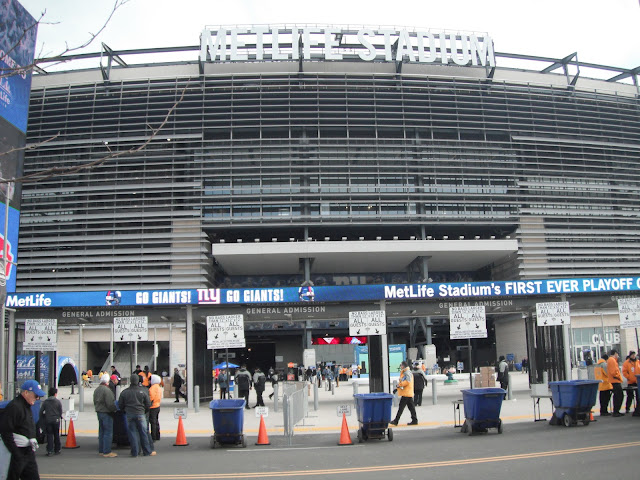 Whoohohooo for the first playoff game in the stadium!
﻿ 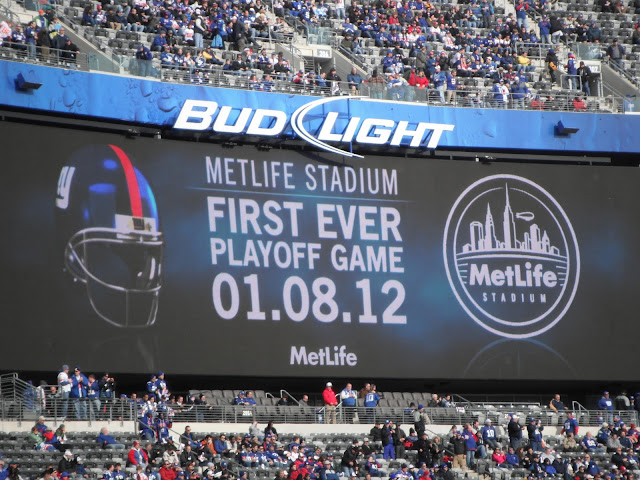 ﻿
A little taste of just how loud, electric, amazing, insane, and crazy fun it is to be in person!  (and yes that's me that you can hear whooping and screaming)


The addition of a big American flag during the national anthem was really touching! 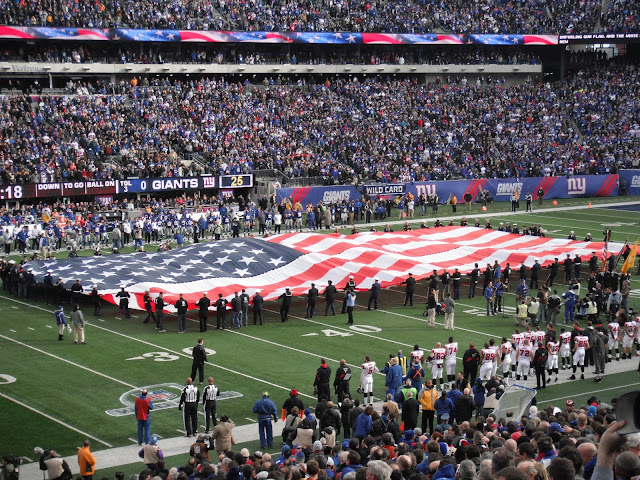 And the game got underway! 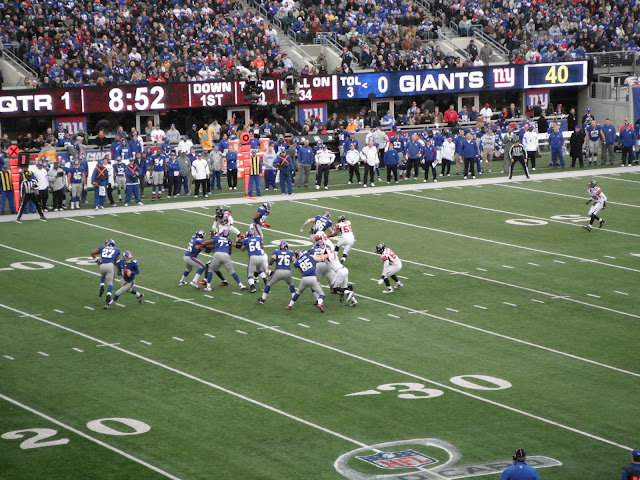 A bit later as the Giants were coming in to score. 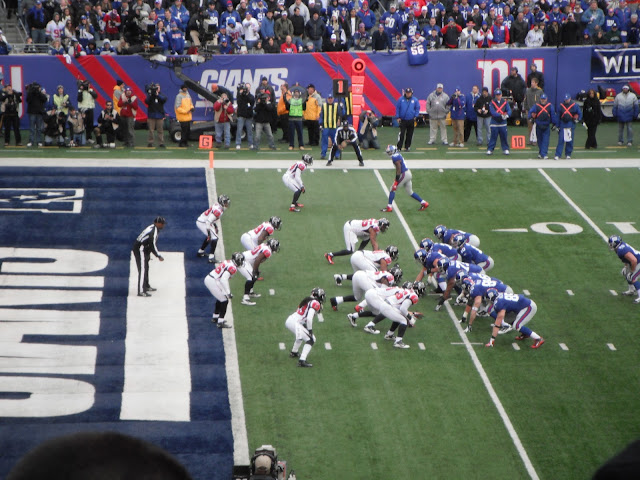 Yes, sirree.... the first touchdown on the board! 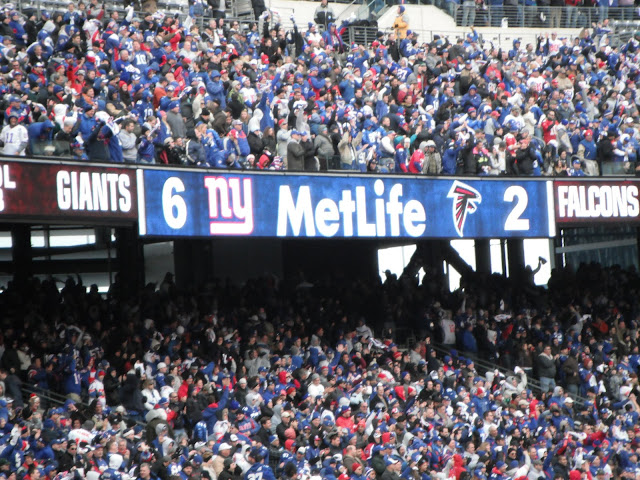 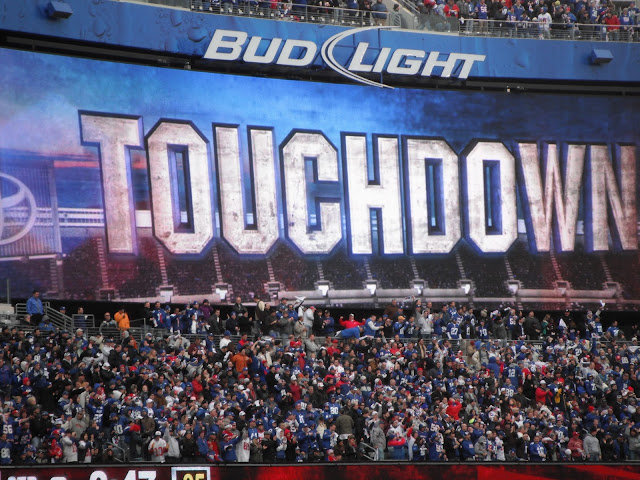 At some point during the game I tucked my camera away and really focused on the game and being there, but wowie what an experience!!  And... yes, the Giants won!!  Awesome right? 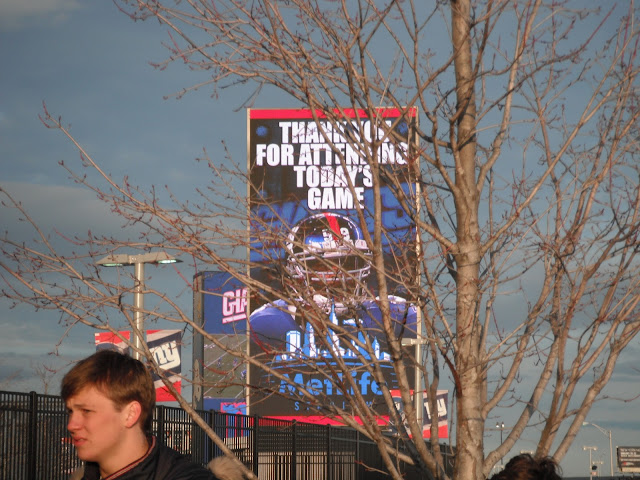 Any Packers fans out there?  Well, I'm sorry to say, but we are coming for you next.  It's promising to be a great match up -- can't wait!!

And, did you see those towels in the video -- they gave us those for free -- shortly, I will show you what I have done with them to remember the game!
at 10:49 AM

I can't help but respond: We are a Packer family! Bring it to Lambeau!
Go! Pack! Go!

That being said - how cool that you got to go to the game. I've never been to an NFL game.

Yeah! We are big NY fans too and watching the game at home was fun, but now going there...well oh my! Thanks for the pictures!

Yay for you for getting to go! Great pics - I feel like I was there. :) Cowboys fan here...I know, I know. Hey tell the Pups there's a treat test on my blog today that they might find interesting!

WOW! You had great seats! I love going to football games :)

Can't wait to see what you're going to create with those towels!

My husband was a football player in high school. He loves watching football! Direct TV offers a football package so when he retired, he asked for it and got it. Here is my opinion: Package offers replays and up close and personal shots of players and we don't have to wear parkas. Personally I'm a Bear fan! John will be rooting for the Packer's.

John has seen an NFL game live. I haven't ever and not sure I want to; but you enjoy the game and the trip.
Joyce M

There's nothing quite like the atmosphere at a real live game - is there!!! I'm not a huge footie fan, but when you are there live - that all changes! :)
Glad you had a blast!
S xox

I am SO jealous!! NYG are my second fav team. But I gotta be true to my 9ers...especially on their awesome season. Looks like you had a great time. Gonna be a SUPER weekend!