Birds of Prey {Part I: Meeting the wolf Atka} 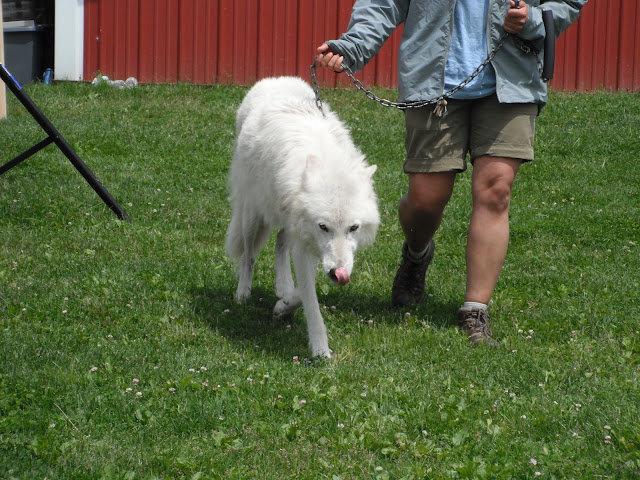 The Mister and I went a local Birds of Prey event this weekend.  I felt a bit like a kid on Christmas morning, because I was so excited to take everything in.  The event promised a close up experience with over a 1000 birds of prey, as well as a chance to see other animals, reptiles, and even a wolf ambassador from a nearby wolf conservation center.  And anyone that knows me... knows I have had a love of wolves for a very long time!  We went to another preserve in 2009 and you can see pictures here, here, and here. 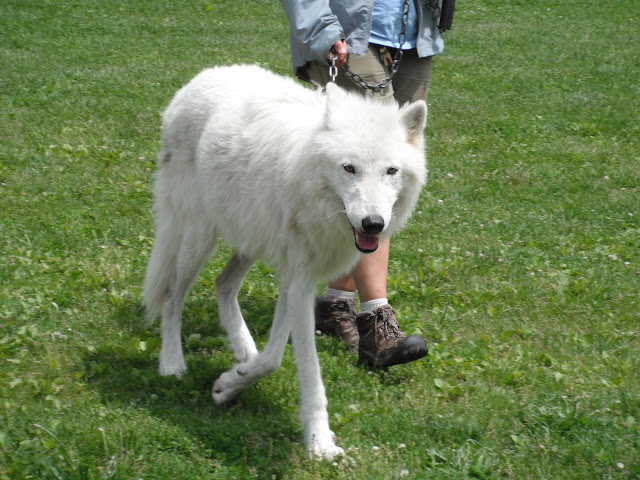 I'd like to introduce you to Atka.  He's a 10 year old Artic gray wolf and the oldest ambassador wolf at the Wolf Conservation Center.  As an ambassador, he helps spread the word and teach about all things wolves. 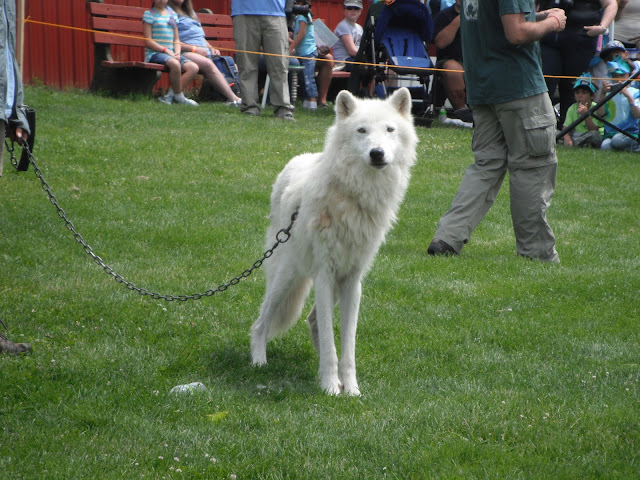 I feel so darn lucky to have gotten this close to such an amazing wolf.  Still gives me goosebumps! 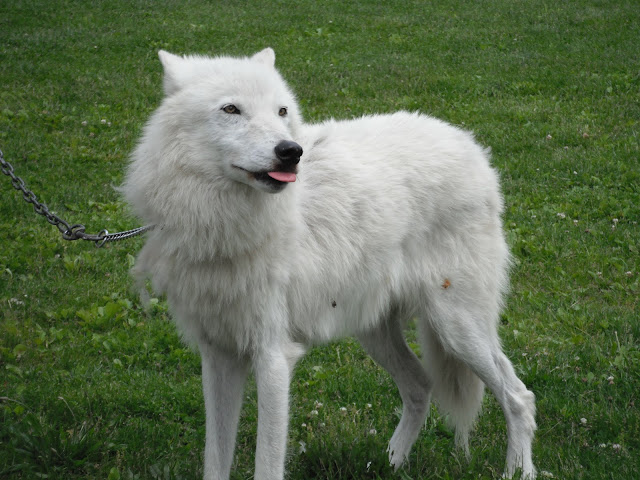 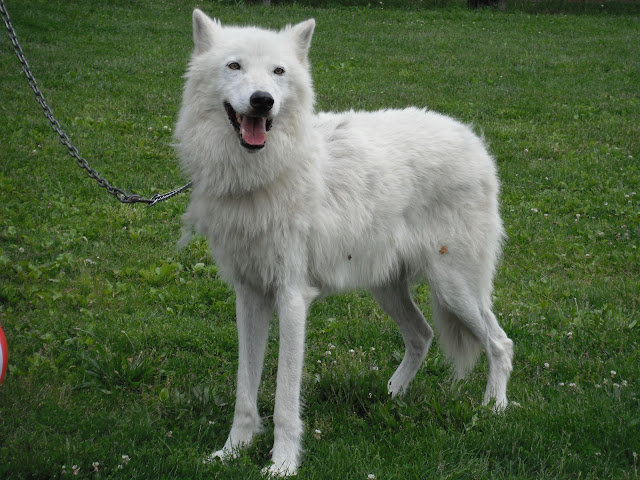 The conservation center has all sorts of events and I think the Mister and I are going to be taking in an evening howl with the wolves (they even serve wine and cheese).  And, as if that wasn't cool enough they also started offering a sleep over with the wolves!!!  What a cool chance to hear all the forest sounds of the night intermingled with the howls of the 30+ wolves on site.  Yes, it's on my wish list.  Any takers for a camp out with me? 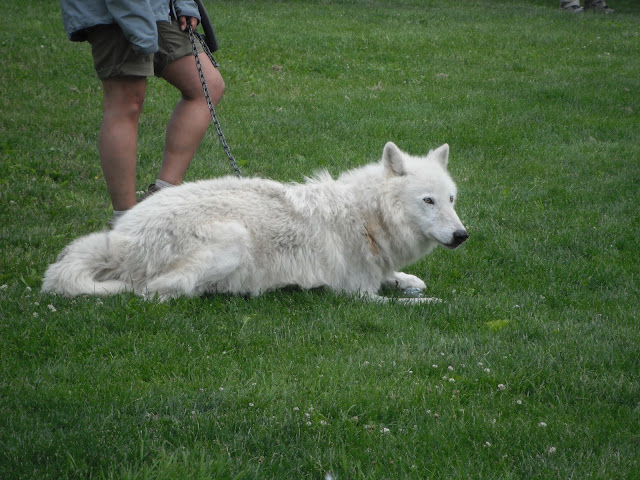 Here's a quick snip of a video I took.  I just love to watch the way he moves and those eyes... so incredible.  The person speaking had put a little vanilla scent on the ball he's 'playing' with.  He was rolling to scent mark and put the vanilla on his shoulders.  Beats rolling on something dead, right?


And if, like me, you still haven't had a big enough wolf fix, then hop on over to the Wolf Cam's where you can look at four mating pairs dens for a chance to see them with their wolf pups.  Yes, wolf pups!!

We'll have a look at the birds from the event later in the week!  Hope you're off to a great start!
at 11:31 AM

They are incredible creatures - that's for sure. Hope you get to do your evening with the wolves. :)

Wow, that is a bit special! I've never seen a wolf in person, we don't have them over here. His legs are so long!! Hope you get your camping experience!