Rambling Through the Garden 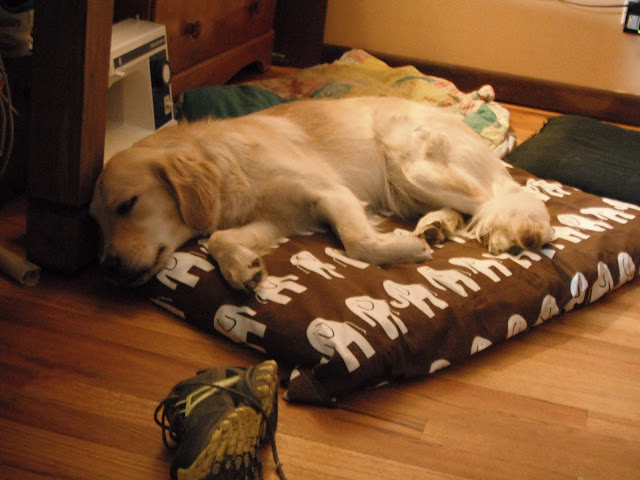 I'm in a bit of a rambler mood and let me share why.  Last night we were woken up by the alarming barks of one Ms. Sammy pup -- she is a brilliant watch dog and huntress.  She was adamant that something was out there.  We went to the windows to look and listen for anything.  And that's when we heard the most horrible shrill scream.

Not just once, twice, but three times.  And loud.  And terrifying!

At that point I about swallowed my heart if you know what I mean.  The sound was hard to place.  Not quite human, but not an animal that I could identify.  The Mister and I went through the list of wildlife we know is in the area and started to cross them off one by one.  It wasn't a bear, coyote, wolf, mountain lion, owl....but what was it? 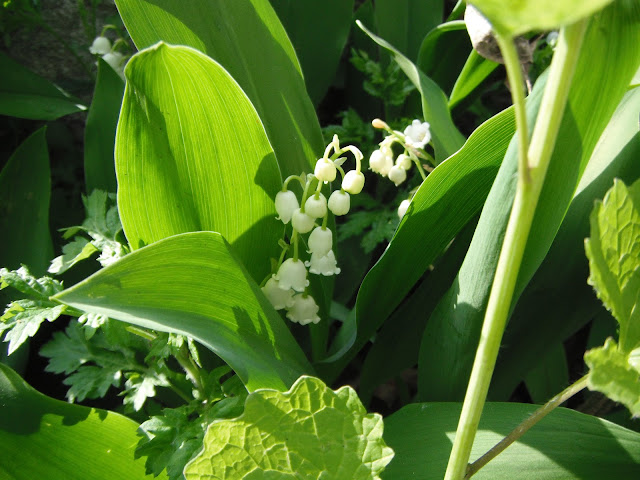 By now all the noise had stopped and Sammy went on like she had defended the fort and we were safe and sound and snuggled back into bed.

You can imagine I didn't get much rest after that jumping and fearing every silly little noise. 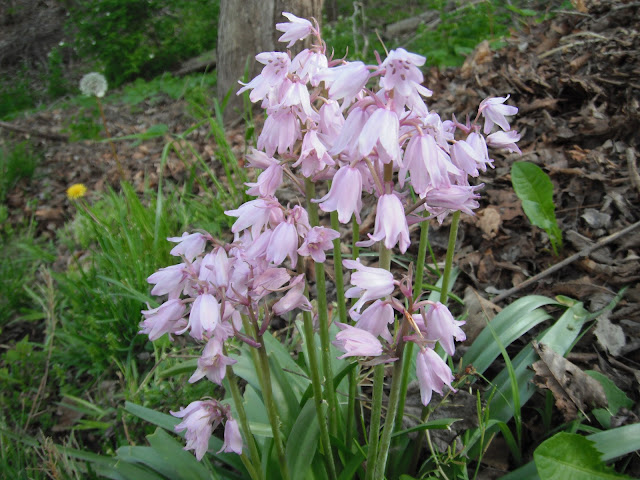 So, this morning I google "animal that screams like a woman" and come up with all sorts of hits... and one kind of slams me like a mac truck saying that a female fox (vixen) makes that sound.  And sure enough, google fox screams and the youtube video clips are pretty reasonably the sound we heard.  Ugg! 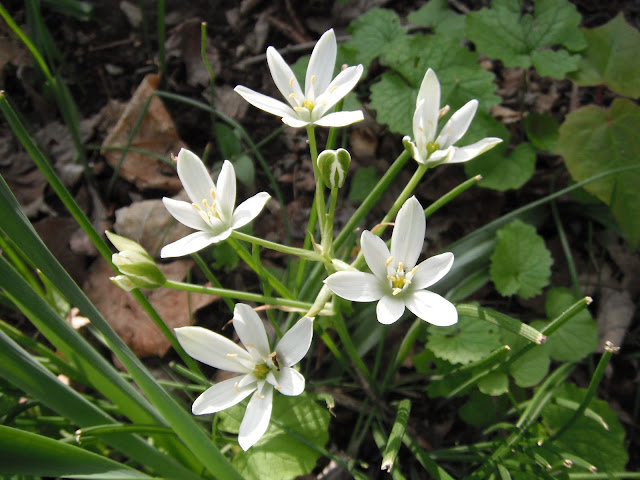 And to think that I was on a forest hike early Saturday morning with the pups and we saw a fox cross our path ... and I was thinking to myself how nice to see wildlife that can't (really) hurt me (wasn't a bear, ya know)... little did I know how scary they can sound.  deep breath.

p.s. I now feel inducted into country living properly.  Seems like a right of passage for every person living somewhat in the woods.  I can hear myself now saying to a guest, "oh yes, come stay the night, we'd love to have you."

And then in the middle of the night... "that noise? oh that's just the foxes getting their twitterpated selves on.  No worries.  We're perfectly safe."

I might even consider camping in the backyard once more.  Lastly, anyone have any ideas how I explain to Sammy that the noise is "normal" and she needn't wake us for it.  Sigh. 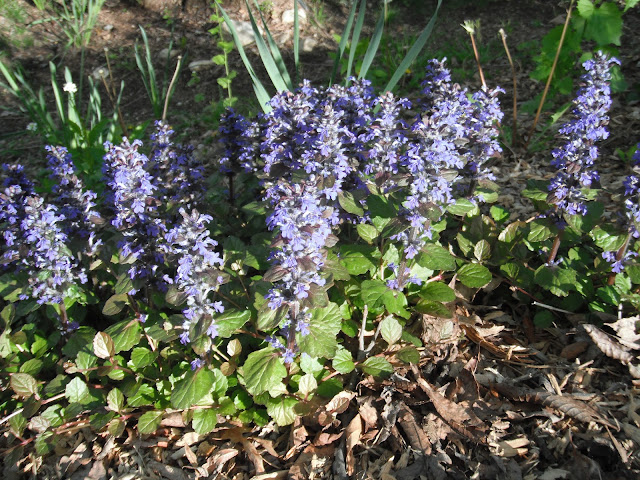 So, other than that weird event my weekend was amazing.  How about yours?

Yes, I did make it to my guilds quilt show and yes it was the most amazing thing I've seen in a long time!  I want to take the time to digest everything and then I will share my experience of being a quilt handler for the judging as well as what my first quilt show was like.  I have quilt-y eye-candy for you too! 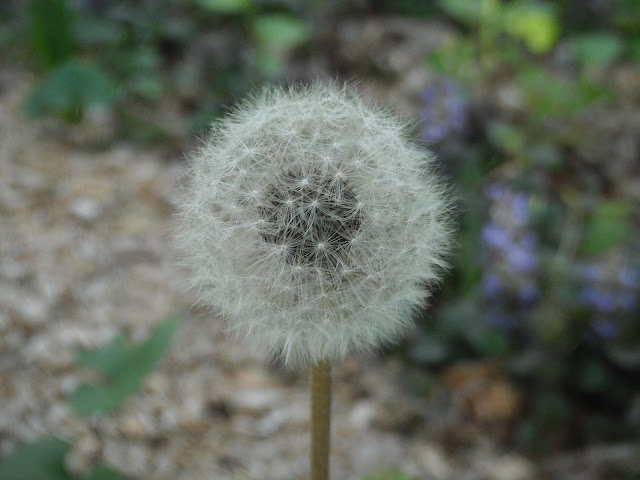 One of the best parts of the show was connecting with so many people that adore sewing/quilting like I do.  And I want to say hello to Cathy!  Hello!!  It was so much fun to meet you at the show and thank you again for being such an avid Describe Happy follower! 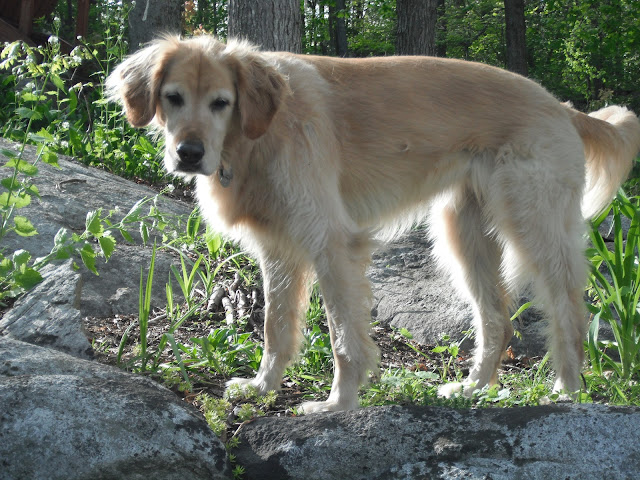 Alright on with the day.  And now that we can laugh about this crazy fox incident.. how cute would it be to see baby foxes running around?  That is, as long as they don't sound like big scary monsters in the middle of the night.

Have a fabulous day!

... Linking to Outdoor Wednesdays with A Southern Daydreamer ...
... Linking to Cottage Garden Party with Fishtail Cottage ...
at 11:14 AM

Too funny! We lived for 3 years in the North Woods of Northern Michigan. We had foxes, coyotes, bears, deer, turkey, etc... Actually where we are now, is right on the edge of town, so we still see (and hear) a lot of wildlife. I also used to work as an "owl hooter", locating Spotted Owls in the (night)woods of Southern Oregon. I did that for 4 years, and heard many a startling hair raising night noise! Go to the Cornell Lab of Ornithology website and search long eared owl. The crying/moaning sound they make is the creepiest I ever heard, but that fox yell is pretty scary too!

Wow, that was quite a story - must have been scary at night!
Happy Birthday to Katie!
Lots of hugs and kisses! Teje & Nero

Yeah, our dogs used to bark at foxes too... seems to be something that they just do.
Oh, and you should hear koalas when they are mating... sounds kind of like a cross between a donkey and a pig!!!